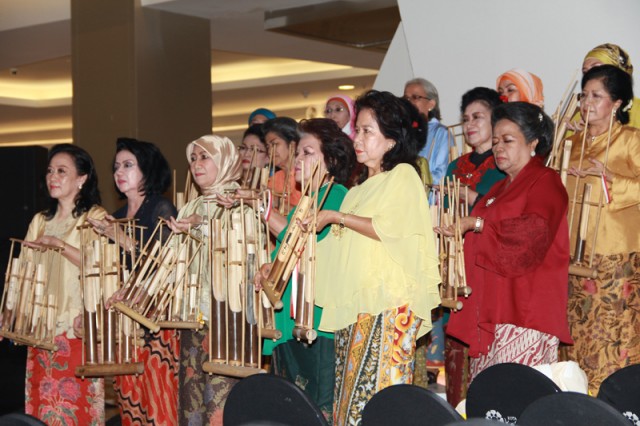 Opening ceremony of Fresh ‘n Brite held on October 12’nd 2012 10.00am in Kota Kasablanka. This event will be held from 12-14 October 2012. Many practitioners and educators were invited to attend this event. Mr. Arif PSA (Head of School of Design) opened this event.

Band, dance and Mitra Seni Indonesia angklung ensemble were performed in the opening ceremony. The students from BINUS school of design presented Flash Mob and got many applauses from the audiences. Fresh ‘n Brite is officially opened for public.